At Charity Challenge we are lucky enough to have friends in some of the most remote corners of the globe. We pride ourselves on promoting responsible tourism though supporting and working with nomadic communities, in particular by employing local guides and support teams. The challenges are not only physical but can be emotionally challenging and it is often the generous, welcoming nature and knowledge of the local people that really makes the experience. 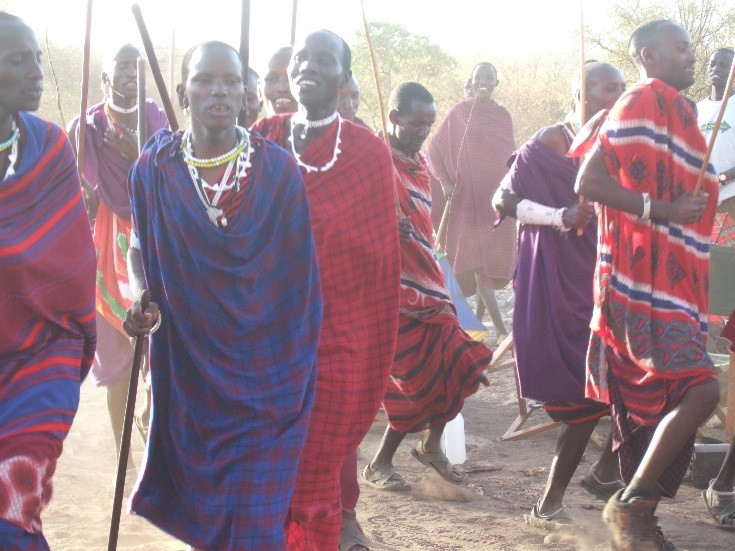 The Maasai, known as the fiercest of warriors and perhaps the most revered of the great African nomadic tribes originated in the Nile basin and migrated south through Ethiopia to Kenya and Tanzania in the seventeenth and eighteenth centuries, today they struggle to retain their modest lifestyle.

En route, you will also have the chance to visit Mt. Kitumbeine, the game-filled plains of Nagarirat, Gelai Village, and the escarpment of the Great African Rift Valley. Expect to be captivated by the beauty of this region, which is known as “the Cradle of Mankind”.

This unique alternative to the extremely busy Inca Trail is far off the beaten track, and you will see diverse and spectacular scenery as you glimpse a way of Peruvian life that has remained untouched for centuries. As you walk through these endless stunning valleys, you 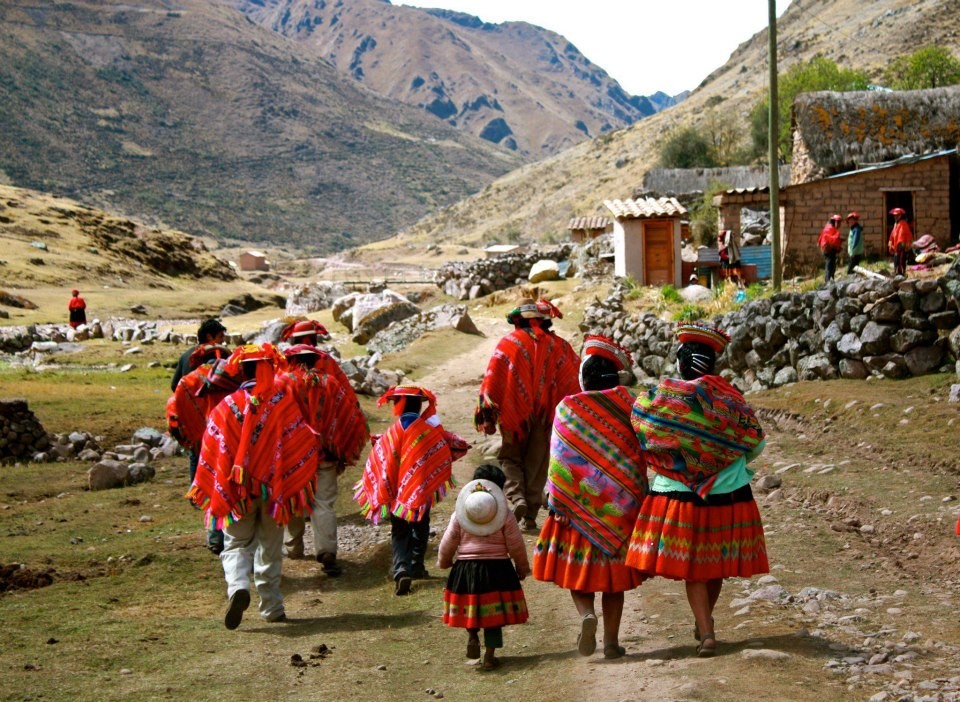 will meet Andean farmers dressed in their traditional brightly coloured ponchos tending herds of Llamas and Alpacas. You will get to meet the local communities and visit a local school supported by Charity Challenge.

The region is also home to the Baños Del Inca, probably the best hot springs in southern Peru. Situated at an altitude of 2,667m, the springs offer spectacular views of snowy peaks and glaciers such as Mounts Veronica, Chicon and Pumahaunca. As you continue along your route, you will also take in the dazzling sights of glacial blue lakes. You will eventually have some time to explore the ruins at Machu Picchu, the ‘lost City of the Incas’. These breathtaking pre Columbian ruins are nestled high in the Andes between two peaks. The ruins were rediscovered in 1911 by Yale archaeologist Hiram Bingham and are one of the most beautiful and enigmatic ancient sites in the world. 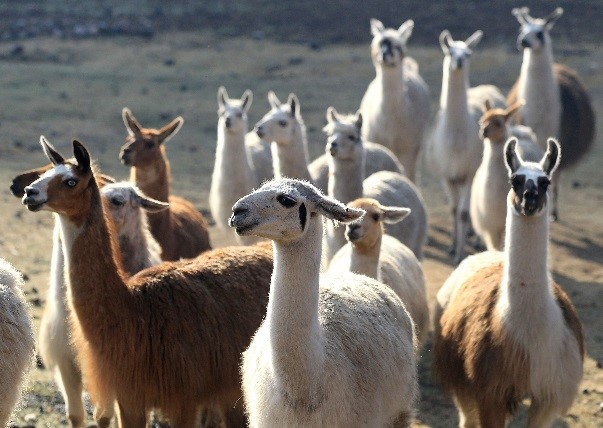 Bunk with the Buddhists in Burma on our Burma Trek

Famed for its regal history, unique culture and magnificent temples, Burma (Myanmar) remains one of the last unexplored countries in Southeast Asia. This challenge will take you to the beautiful Inle Lake through the Shan Hills where you will trek for five days through mountainous tribal villages staying in Buddhists monasteries on route. 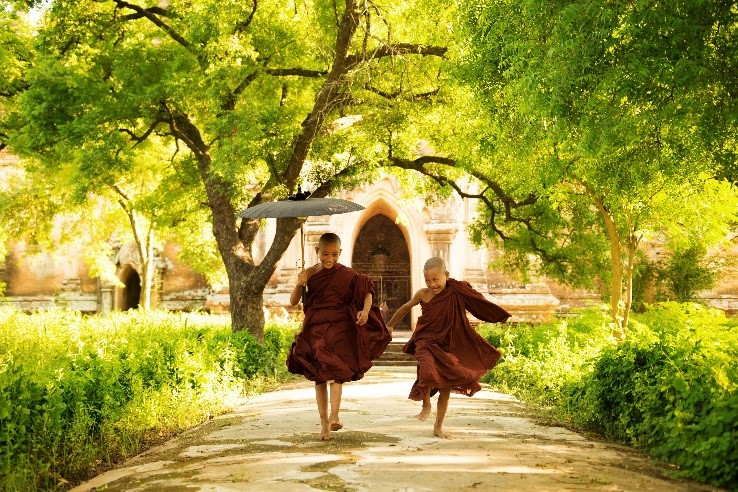 The route will take you from the modern, bustling city of Yangon, formerly known as Rangoon with its colonial architecture and the golden Shwedagon Paya (pagoda and stupa) the most sacred site in the country for Burmese Buddhists. You will have a full day to explore the city with its fabulous mix of architecture and religious sites. The streets are filled with historical buildings many of which have a faded colonial charm not seen elsewhere in Asia. 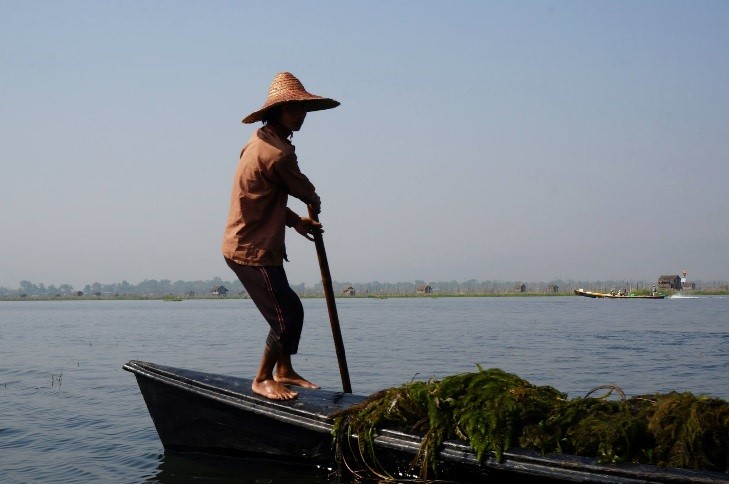 Absorb yourself in the life of the tribe’s people still practicing the same traditions as their forefathers finishing the challenge at Inle Lake, Burma’s most beautiful site. You will spend a day exploring the lake on a private boat, and pass villages built on stilts over the lake, inhabited by the local Intha people. Observe the leg-rowing fishermen and see their floating gardens built up from strips of water hyacinth and mud and anchored to the bottom with bamboo poles.

Make like the Mongolian’s on our Mongolian Horse Trek

Ride like a Mongolian, your challenge begins in Mongolia’s capital, Ulaanbaatar where you will spend a day visiting the Gandan Monastery and Bogd Khan Palace before heading to the homeland of Genghis Khan. Genghis Khan was the founder and Great Khan (emperor) of the Mongol Empire. He came to power by uniting many of the nomadic tribes of northeast Asia. After founding the Mongol Empire and being proclaimed “Genghis Khan”, he started the Mongol invasions that 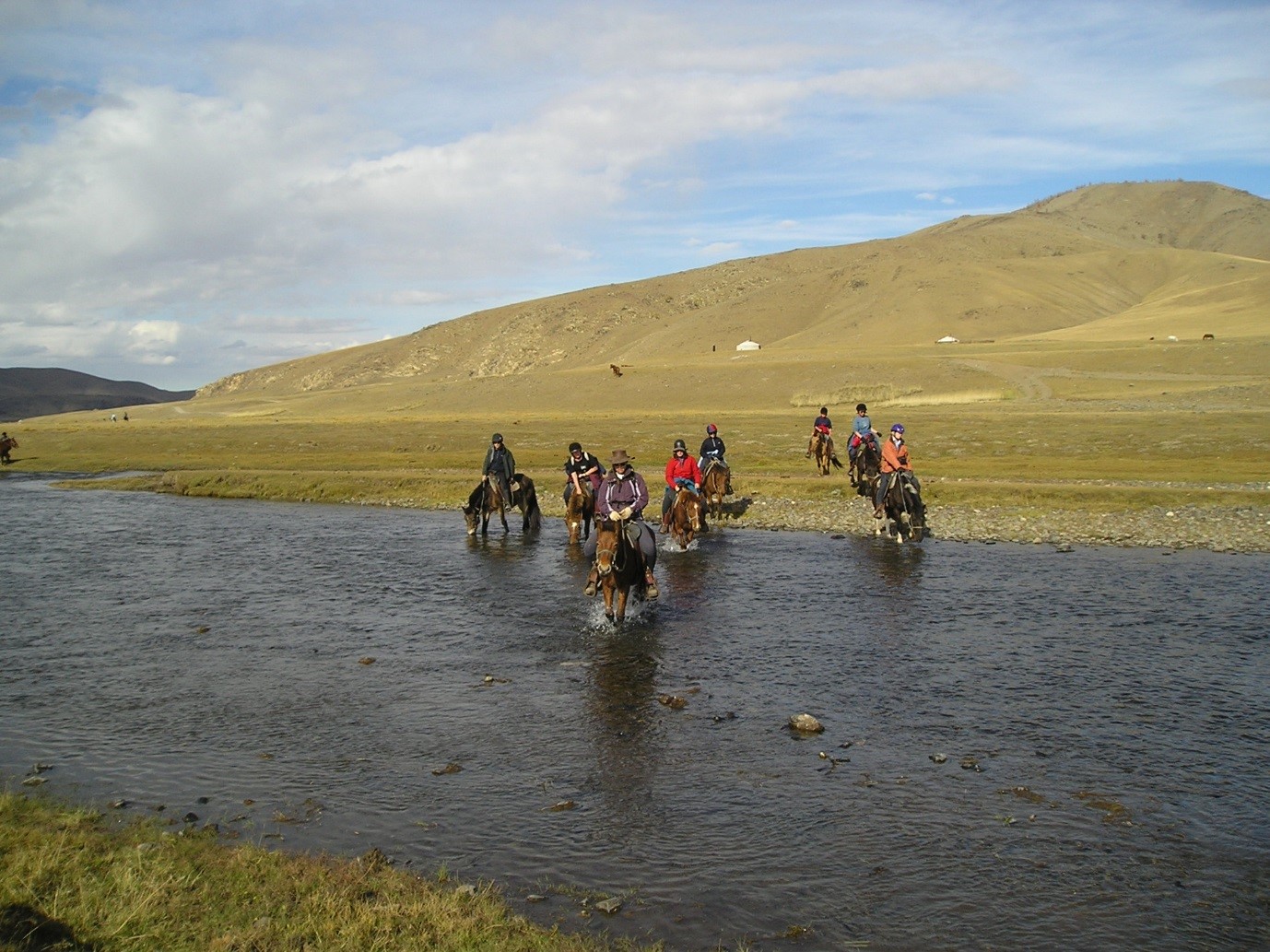 resulted in the conquest of most of Eurasia. By the end of his life, the Mongol Empire occupied a substantial portion of Central Asia and China.  Mongolian horses are renowned for their speed, strength and dexterity. This outstanding challenge will take you through partly forested, partly mountainous landscapes, interrupted by streams and rivers, being crystal clear, if not swollen from the summer rains.

Your horse riding adventure heads out to an engirdled and secluded region, for the most part untrodden as yet by tourists, though still within a few hours’ journey from the capital. You will ride along with your pack horses, starting from the Baga Khentii Mountains and ending at the Bogd Khan Mountain just south east of Ulaanbaatar. On the way you will see nomadic life at its finest. Being “Nomads” ourselves, we will experience their hospitality and 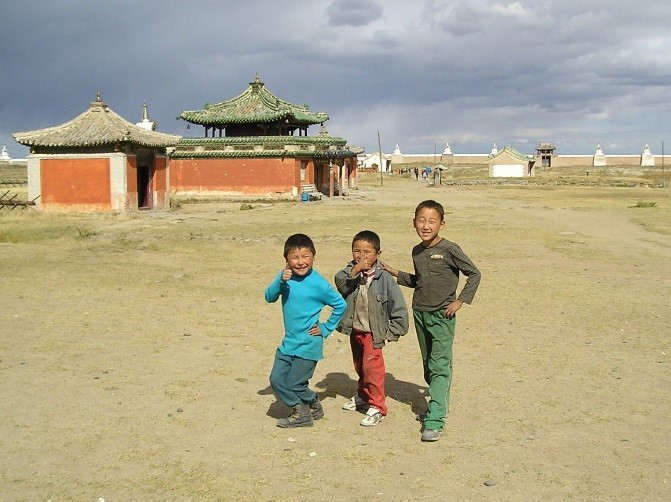 learn about their lives.

You can hike along the forested hillsides or visit a local village to find out about traditional ways of life. A stranger is immediately a friend and the comfort of the ger is remarkable, making Mongolia a true gem for the intrepid traveler.

Share secrets with the Sapa Hill Tribes in Vietnam 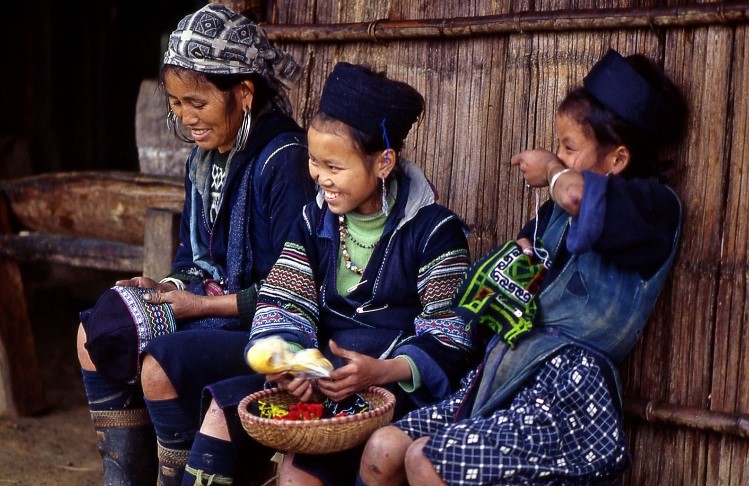 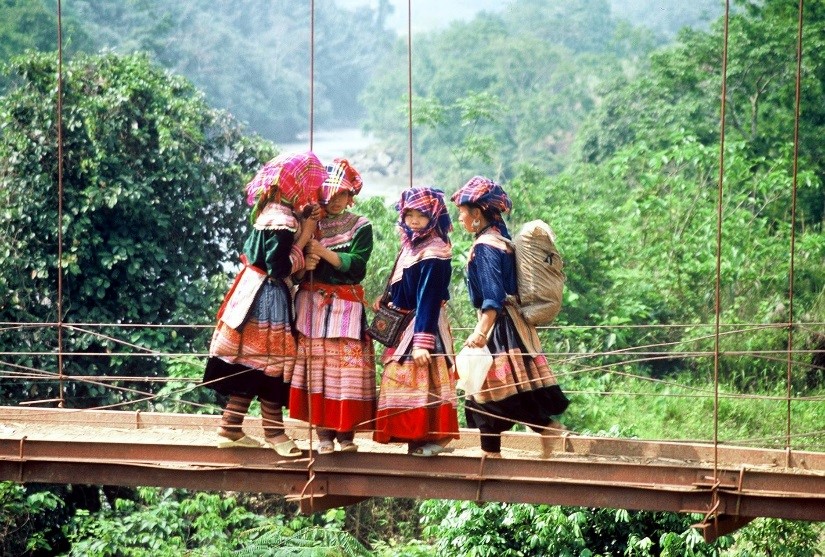 Isolated for many months of the year by snow, Ladakh remains one of the best places to experience the unique culture of the high Himalaya.  With its snow covered peaks, remote villages, and ancient Buddhist monasteries, Ladakh truly is like being transported to another world! 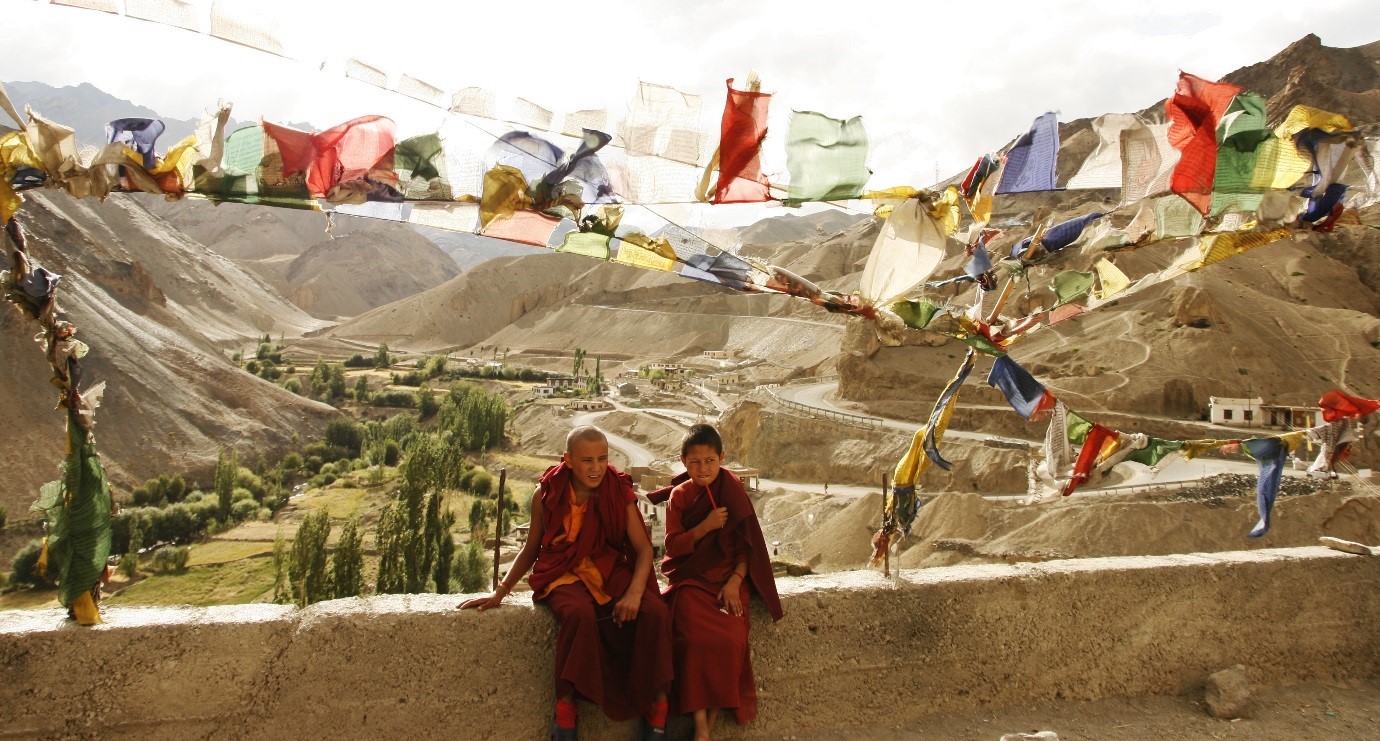 Your flight from Delhi to Leh, or ‘Little Tibet’ as it is commonly known, takes in many of the Himalayan peaks. The peak of Stok Kangri stands out in the mountains as it turns from crimson to sparkling white on the skyline of Leh. Leh is the product of various cultural influences, today it is a Buddhist refuge, and in the past a trading post on the ancient silk route.

A walk to the Shanti Stupa will give you fantastic views of Leh, the Indus Valley and River, and the beautiful surrounding snow-capped peaks. You will be invited for tea at the Lingshed Area Project, a children’s home project based in Ladakh. 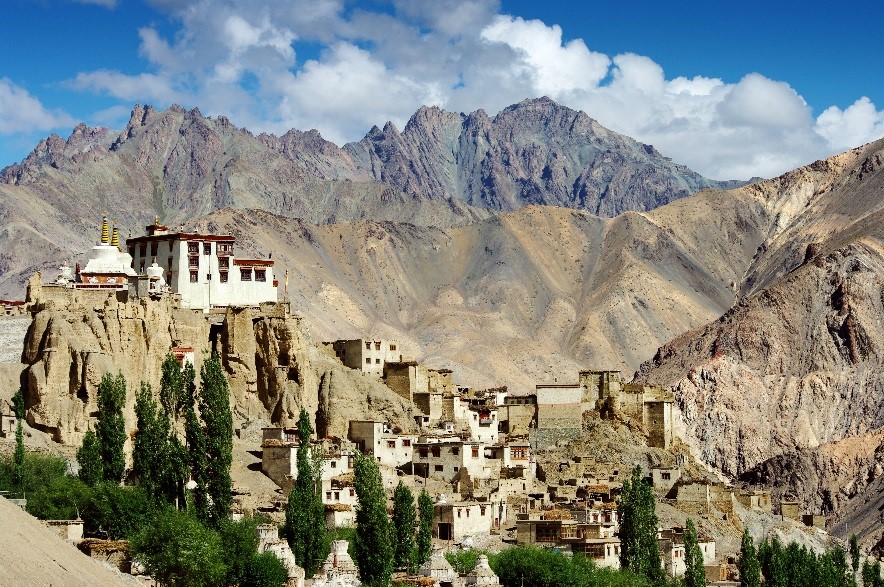 This wildly beautiful desert region high in the Western Himalayas is a place of few resources and an extreme climate, yet it has been home to a thriving culture for more than a thousand years. Trek through picturesque and ancient villages with a lifestyle unchanged for centuries.

This trek is one of the most varied and beautiful treks that we offer, the route passes through terrain which changes from incredibly narrow valleys to wide-open vast expanses! It is made all the more interesting by the ancient form of Buddhism that flourishes in the many monasteries that dot the landscape. 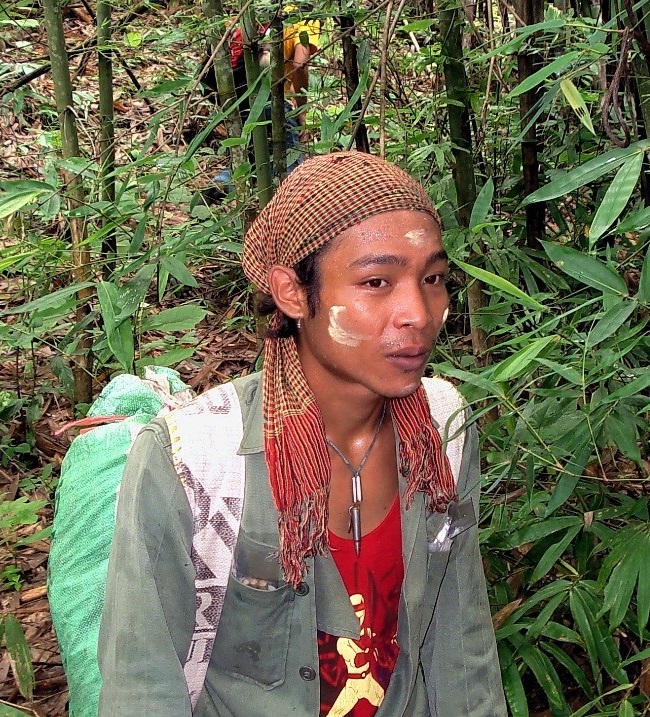 the infamous Death Railway and Bridge over the River Kwai. Kanchanaburi is inhabited by a mixture of Burmese, Karen, Mon and Thai peoples. The challenge will take you through the rugged jungles in remote parts of the province close to the border with Burma.

You will spend six days trekking, rafting and kayaking through the forests and mountains of the Thung Yai Nareusan Wildlife Sanctuary. The Thung Yai area is home to the Karen people who traditionally live in small villages and forest communities. They know the region better than anybody else and will be your hosts and guides for the challenge. You will stay overnight in a Karen village consisting of bamboo stilt houses and at a campsite on the banks of the river. Once the challenge is complete, you will return to Bangkok, home to the Royal Palace and Wat Po. 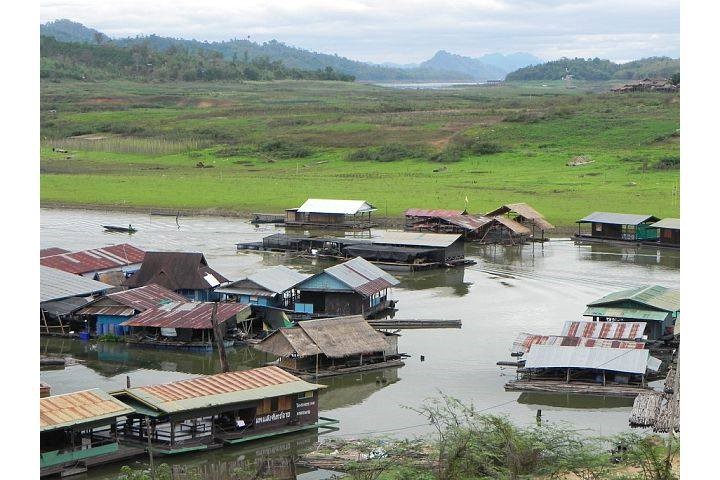 Spread smiles for miles in our Saigon to Angkor Wat Cycle

This challenge entails cycling 450kms past plantations, across waterways and through villages deep in the heart of the lush Mekong Delta in Vietnam, to the dry lands and contrasting sights of ancient Cambodia. 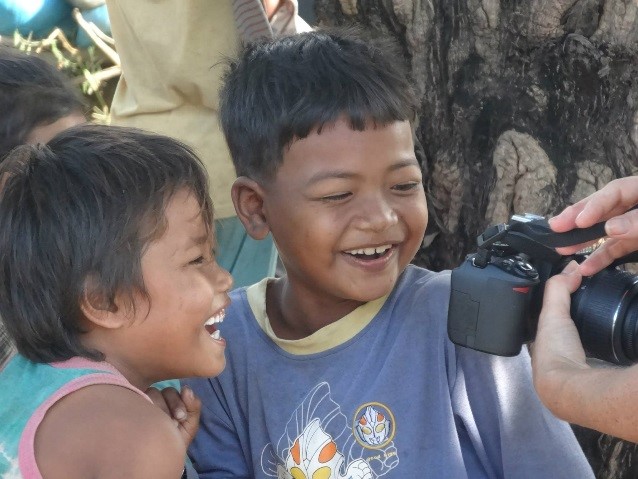 You will pass temples and countless colourful pagodas, havens of calm and tranquility and bustling markets. Few locals will have seen foreigners cycling past, and their interest and hospitality will spur on even the most tired cyclist.

Your final destination is the town of Siem Reap, from which you can explore the ancient city of Angkor. Built from 879-1191AD by the Khmer civilization, Angkor represents one of humankind’s most astonishing architectural achievements, becoming a designated UNESCO World Heritage Site in 1992.

If all this has got you in the mood to make some new friends, head to the Charity Challenge website and begin your challenge now! 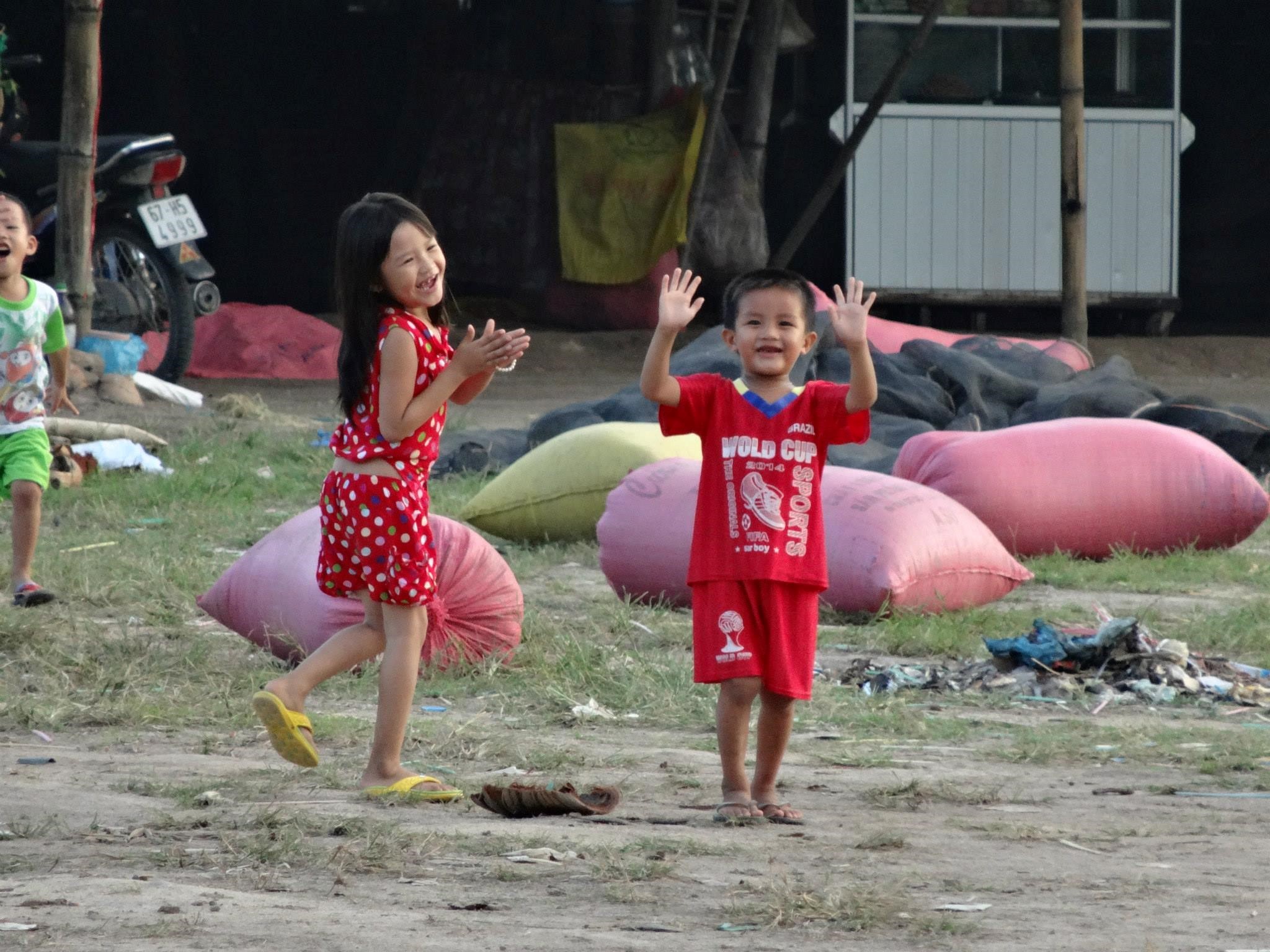