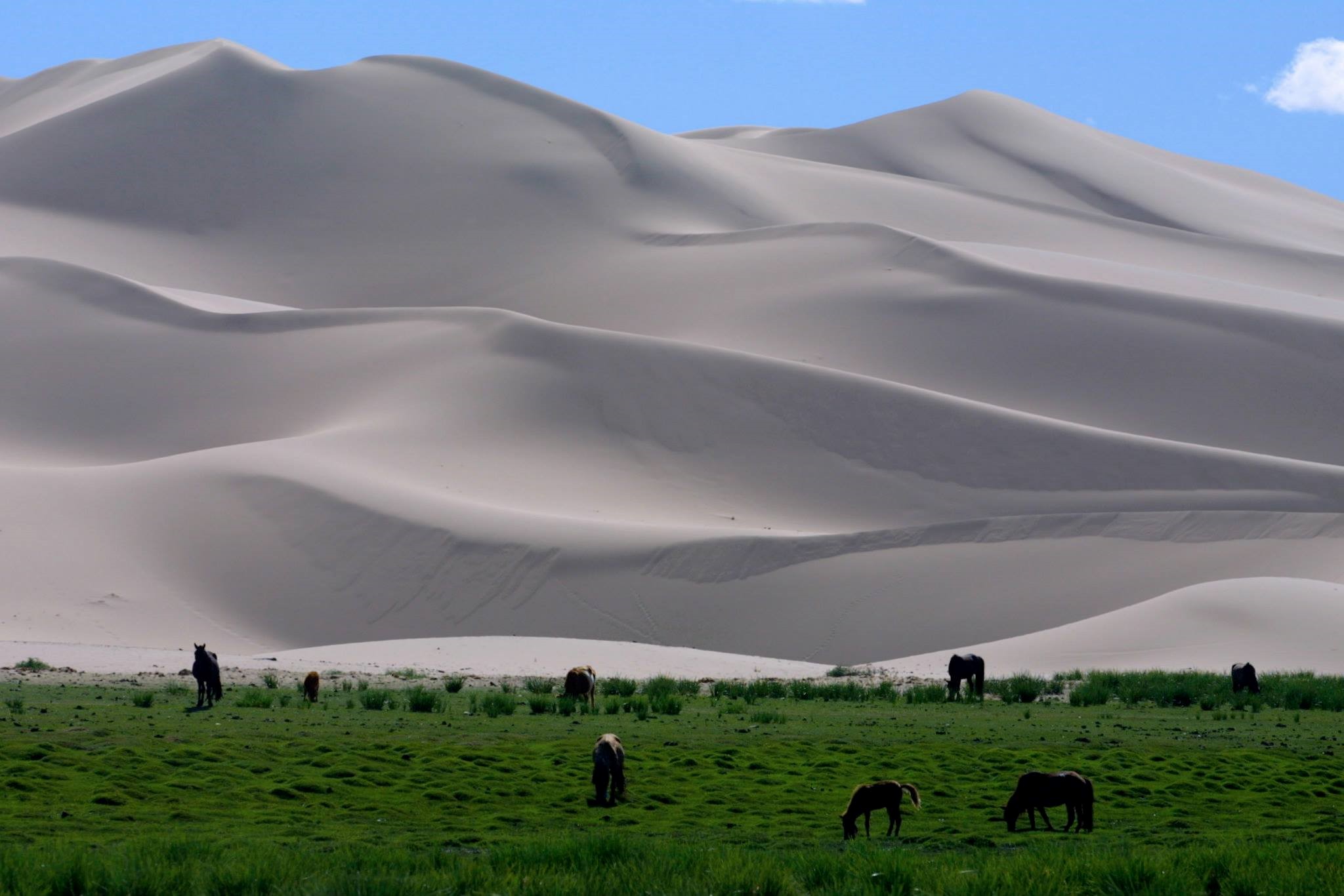 Home to the Gobi desert and the elusive snow leopard, take a step back in time, to a land where your car is a horse, your pet is an eagle, the stars are your ceiling and the locals are a friendly bunch! Exploring the plains of Mongolia by horseback is one of the true remaining ways to unleash your inner Nomad and get off the beaten track… 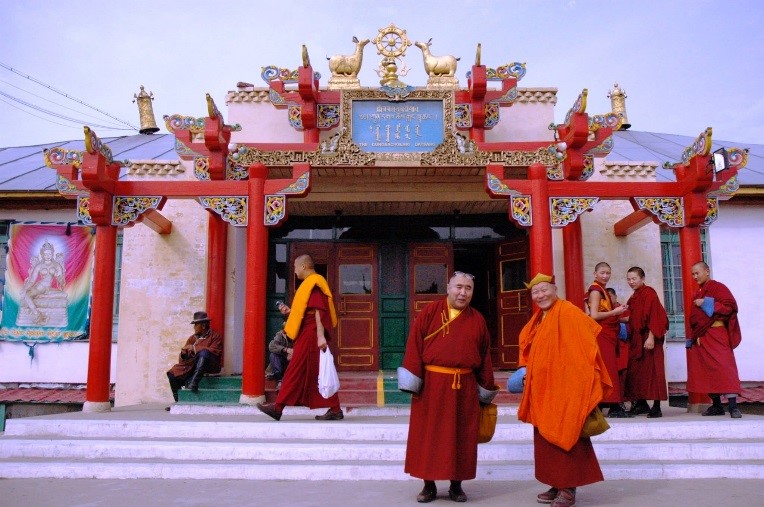 Throughout history, horses have played a fundamental role, both of transport and companionship to those exploring untrodden paths. Our challenge offers you the chance to create your own nomadic adventure, riding over 160kms through Mongolia, across open steppes (arid plains), through lazy rivers and up gentle mountain slopes as you traverse the Mongolian countryside.

This exciting challenge involves 6 days on horseback through landscapes largely unvisited by other tourists. You will live with the locals and experience Mongolian hospitality, as being nomads ourselves we move through the mountains on this timeless mode of transport, staying in traditional ger houses and sleeping under the stars. 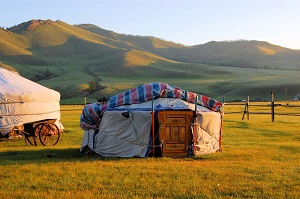 As you fly into Ulaanbaatar you will notice the wonderful contrast in modern high rise buildings against the backdrop of a beautiful expanse of empty space surrounding the countries capital. Explore the Gandan Monastery and Boad Khan Palace, before heading to the homeland of Genghis Khan – founder and emperor of the Mongal Empire, he came to power in the 13th Century after uniting many of northeast Asia’s nomadic tribes. He was responsible for the Mongal invasions that resulted in the conquest of Eurasia, and by the time he died the empire occupied a substantial portion of Central Asia and China.

Walking around the city you will see traditionally dressed nomads blending into the less traditional urban scene, despite this, the majority of Mongolians still live in the countryside, main 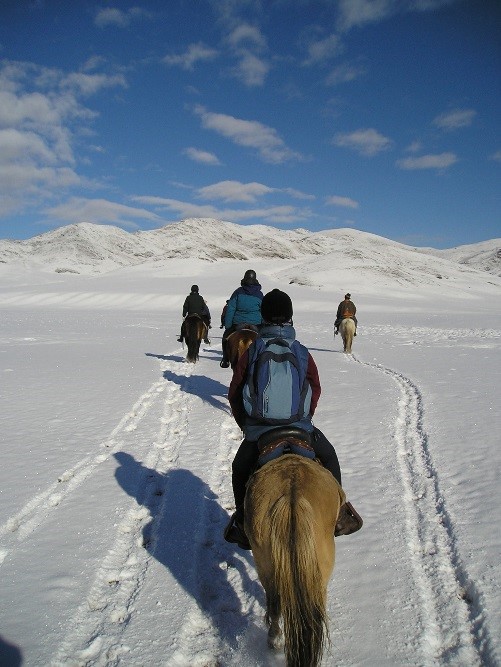 taining traditional ways of life and living off the land. To see Mongolia at its finest you therefore need to get out of the city as fast as you can…

With the title of one of the geographically highest countries in the world, at a whopping 1580 metres above sea level, Mongolia is a beautiful contrast of vast mountain ranges, open grasslands and the Gobi desert which dominates the South. The great Selenge river runs through the country flowing northwards until its final destination the enormous Lake Baikal. Due to Mongolia’s landlocked position, it is privy to an extreme continental climate with minimal humidity and intense sunshine pretty much all year round. The rainy season is brief with showers being short and sweet – just how we like them! Despite this, the evenings do get rather chilly due to the high altitude and when the wind blows from the north you’ll definitely feel it, however when it drops the atmosphere warms just as quickly, making the Mongolian climate pretty unpredictable. 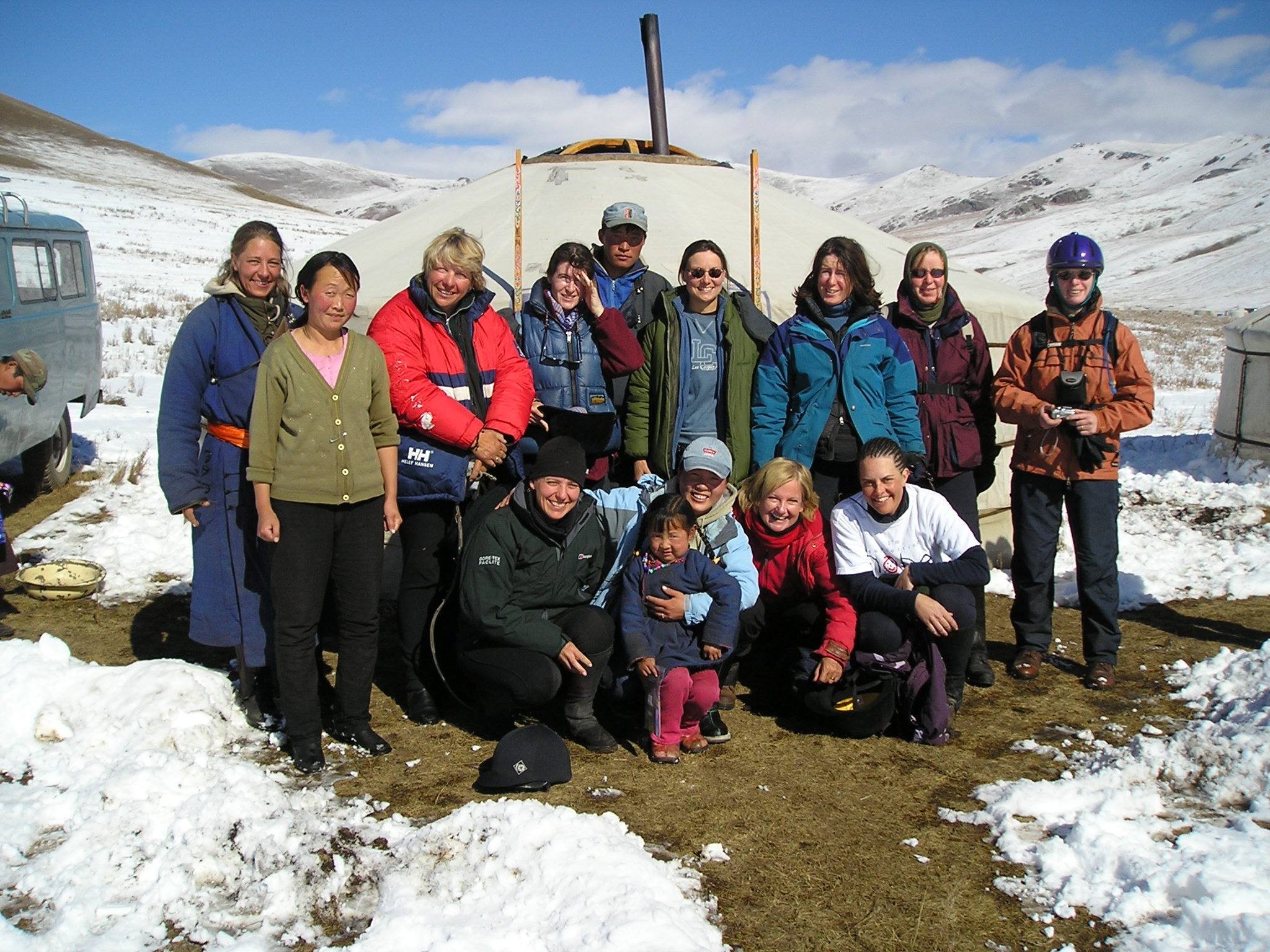 The locals are incredibly friendly, hospitable and kind. Despite a turbulent and varied history, Buddhism is today the main religion in Mongolia, however many other minority religions still exist. The great majority of Mongolians (about 86%) are Khalkh Mongols, whilst the other major ethnic group, the Kazaks, make up about 6% of the population and live in the west.

a del –the must have garment, consisting of a wonderful, long, one-piece gown made from wool.  The colour and shape of the del determines which ethnic group a person is from. You will probably be lucky enough try one on as Mongolian people are renowned for being some of the friendliest in Asia! As you move through your challenge you will get to experience their world famous hospitality and taste traditional Mongolian food. Despite being incredible hosts there are a few customs you need to abide by – particularly to do with hats! In Mongolia hats are crucial for survival, but wearing them indoors is an absolute no-no, and don’t even think about sitting, stepping on or moving another person’s hat.  If you like to whistle while you work, make sure you refrain from doing it inside, also avoid walking in front of an older person as it is considered rude – you may have to adopt a 2 steps forward 1 step back routine for this one! 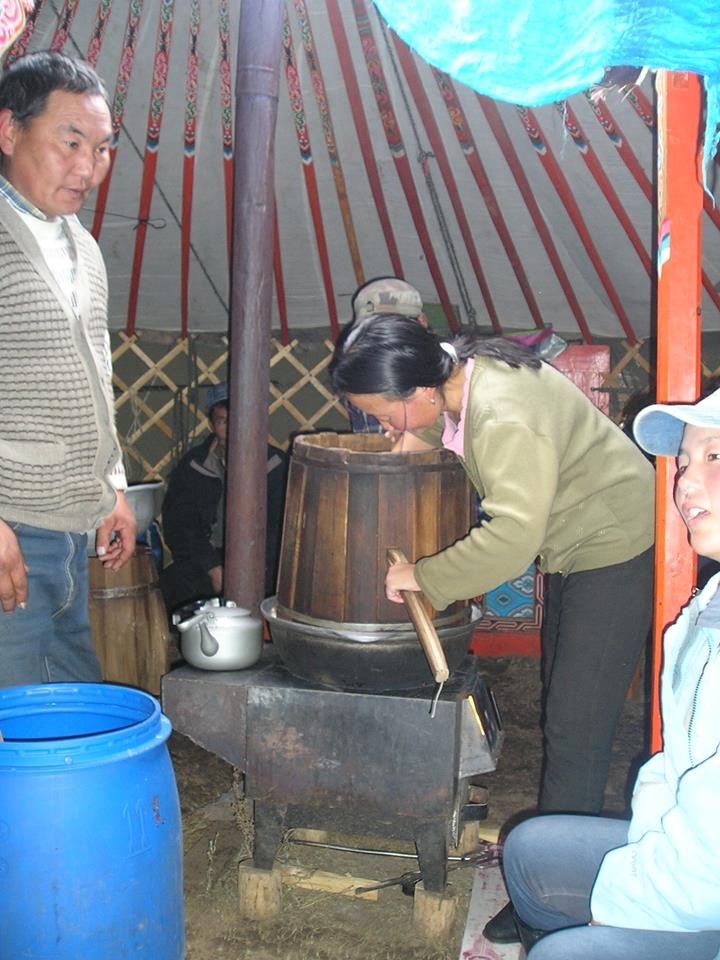 What will you be eating? Well if you like your meat and 2 veg you’re in luck, as the food in Mongolia consists largely of meat, dairy products and seasonal vegetables. Due to the location of the challenge, the food whilst riding and camping will be fairly basic and cooked on kerosene stoves. Just like the hat etiquette there are a few do’s and don’ts when it comes to dining with the Mongolian’s – some of which may seem a little particular… When accepting food or drink make sure you go for it with your right hand, which should in turn be supported, at the elbow, by the left – unless it’s REALLY heavy, then you should probably just go for both. When holding your cup avoid the top…and the bottom – anywhere else is fine! 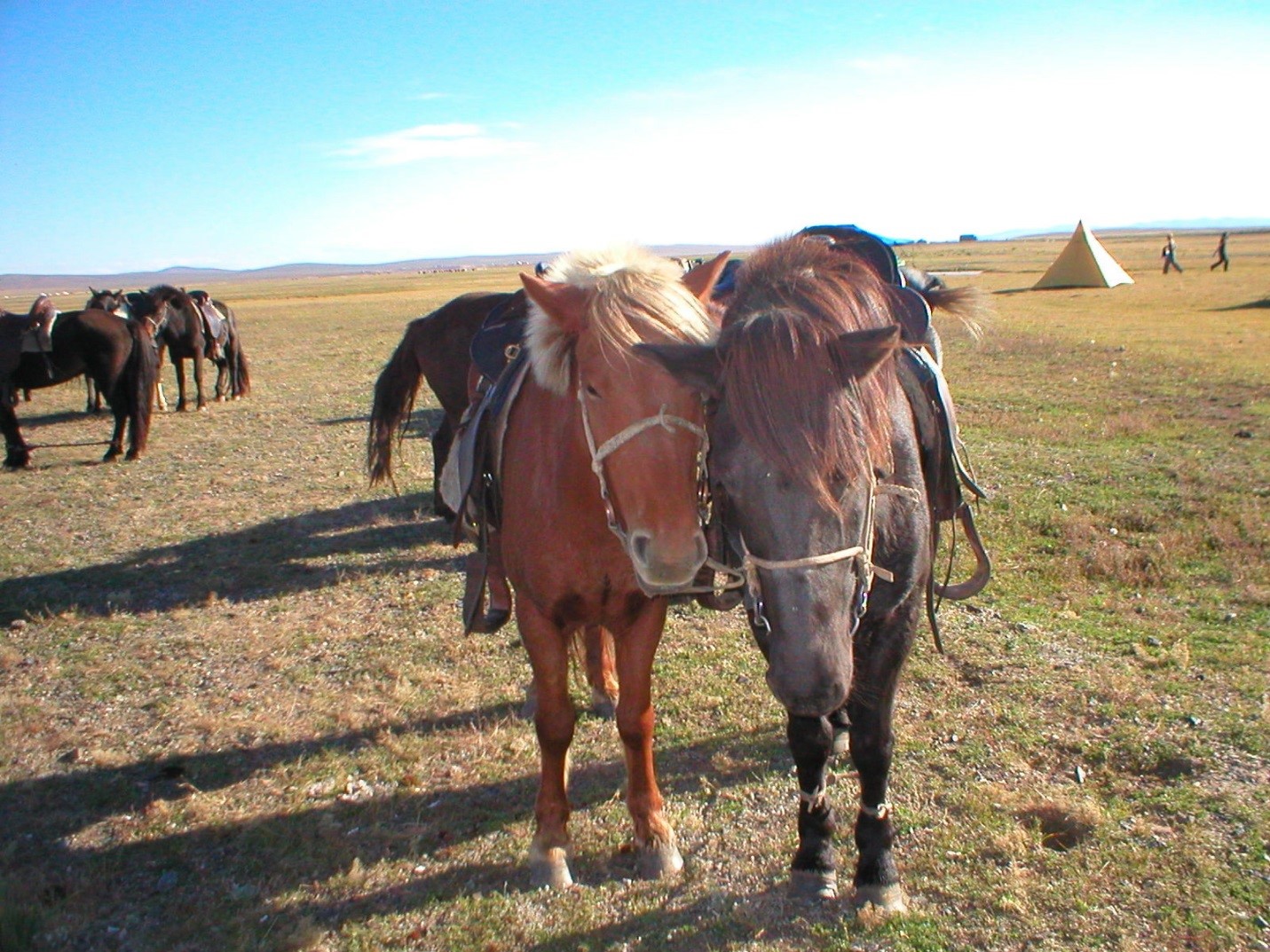 Like the sheep in Wales, the dominant population here is horses and because of their majority status they are a fundamental part of the scenery and way of life in Mongolia. The Mongolian horses however, are a little bit different to the horses we are accustomed to at home. The
first thing you’ll notice is that they are mini, resembling what we know as ponies, ranging between only 124-128cms. But don’t be fooled, these are some of the hardiest horses on the planet and are able to cover huge distances, averaging about 50-60kms a day in harsh climates. As you can imagine they are also incredibly good at racing, making it a popular national sport. 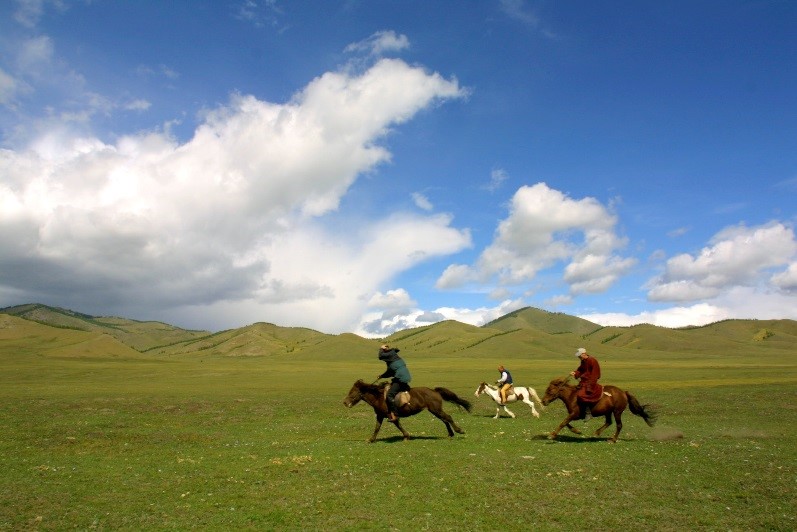 Despite being little, the Mongolian horse till holds the world title of the largest wild horse species, also calling call the steppes of Mongolia home are many endangered species, from the ever elusive snow leopard, grizzly Gobi Bears and the slightly friendlier Bactrian camel, you may be lucky enough to see one whilst you’re trotting through the wilderness, however the views more than make up for it if they choose to remain shy. 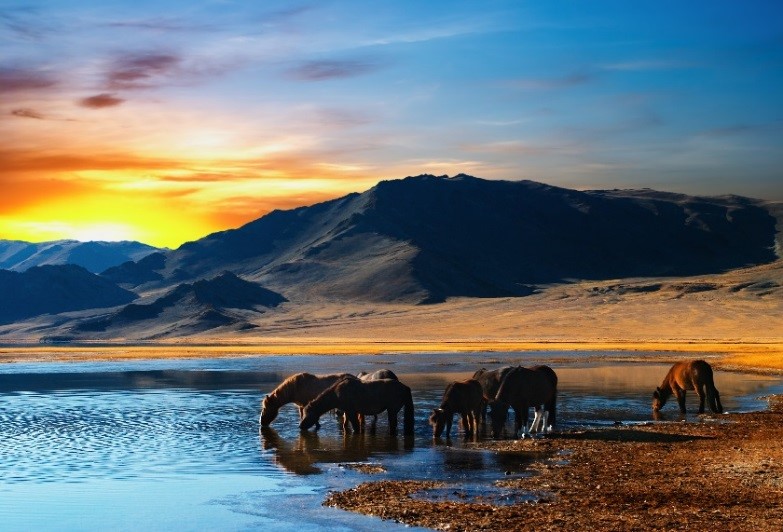 If you can’t wait to saddle up, checkout the full Mongolia Horse ride itinerary on the website:

So now you know all the rules to being a nomad, you need to learn to speak like one… 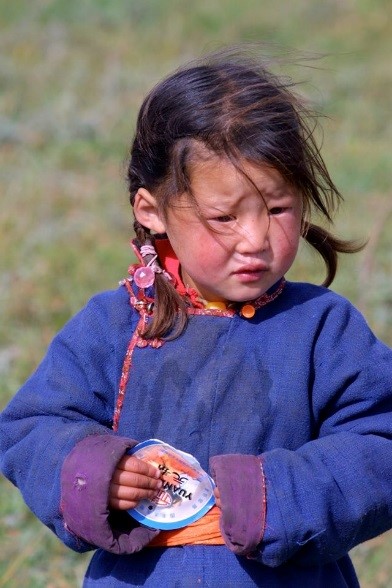 language in Mongolia is Khalkha Mongolian however because of its location there are many other languages that are spoken including Turkic, Russian, and Chinese. Many people have Russian as their second language as they were taught this at school and an increasing number of people are now also speaking English, however it’s only polite to learn a few phrases if you’re going to be staying over… 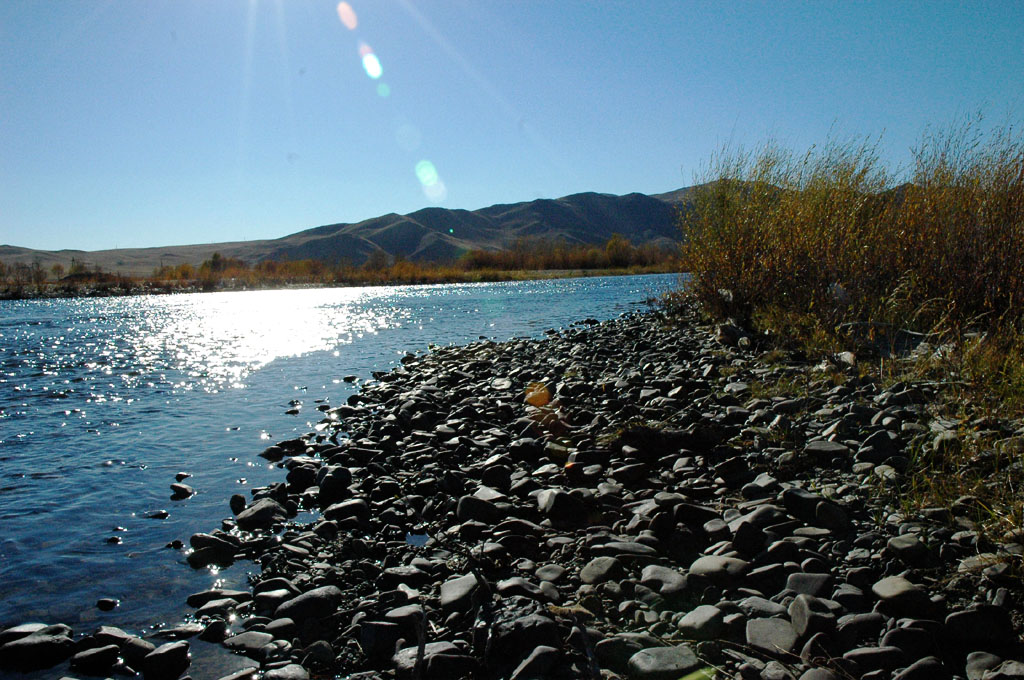 Deep in the Sumatran Jungle! By Challenge Leader Penny Knight