Last month, our Charity & Corporate Account Manager, Erika Dallimore, took part in our Iceland Lava Trek. We caught up with her to find out what her main highlights were, and to discover what she learned from the trip. Erika says…

I recently took part in the Iceland Lava Trek with 43 other keen trekkers, and during my time on the challenge I learned a lot about the country and its landscape. Whilst trekking over 58km, I found out some interesting facts about the regions’ volcanoes (and discovered I had some surprisingly determined traits when necessary)!

1)    Take an eye-mask with you.
There’s no chance of seeing the Northern Lights on this trek. It’s only dark for approximately 1-2 hours at night during the summer months. You might also appreciate some earplugs if you have any noisy/snoring tent buddies!

2)    Iceland has over 200 volcanoes.
On the trek, you get to see several volcanoes, including Hekla that last erupted in 2000, and Eyjafjallajökull that erupted in 2010 (and caused lots of flight disruptions due to the ash clouds it created). Some say that pronouncing the names of Iceland’s volcanoes is possibly as challenging as the trek itself. 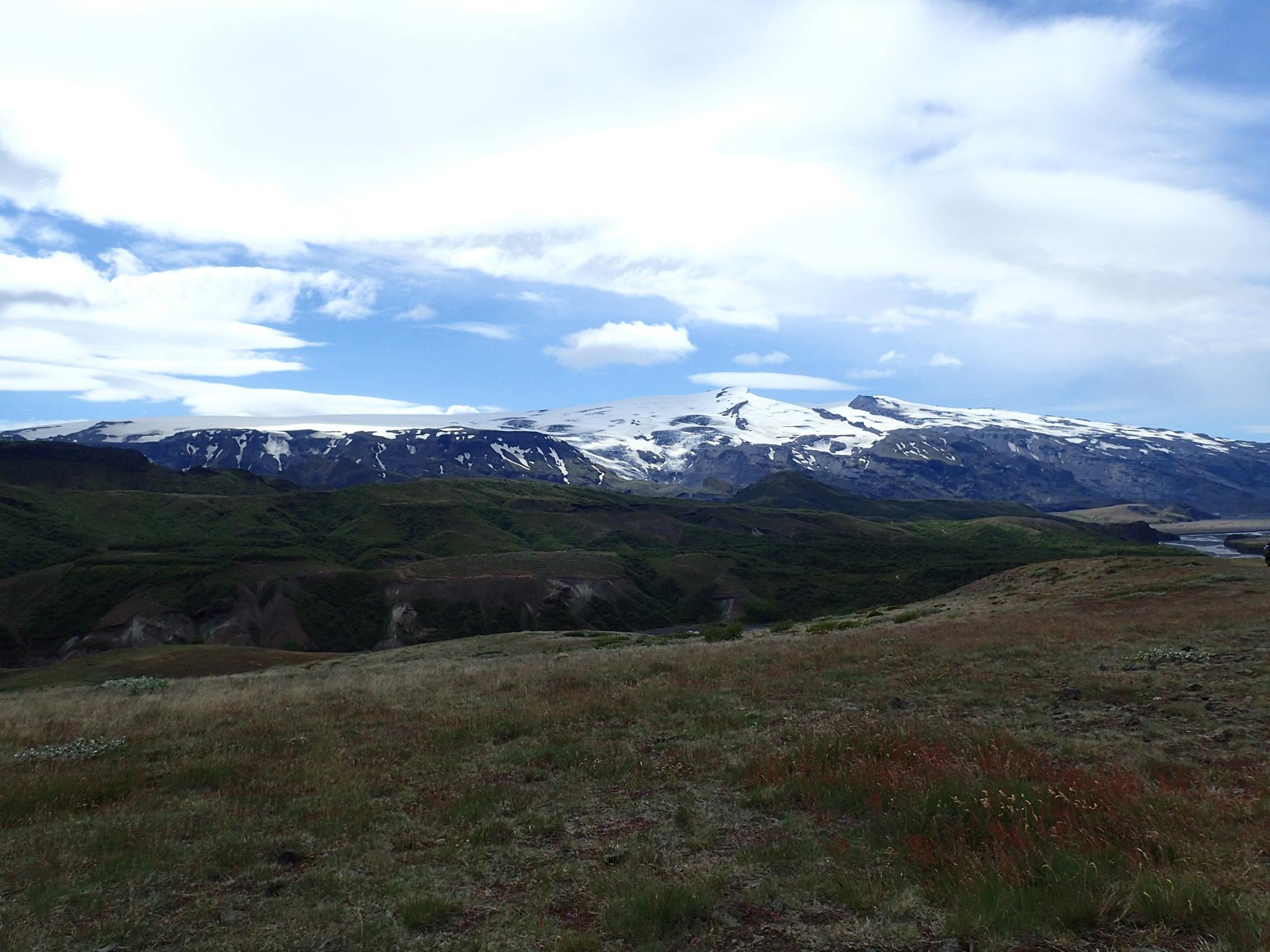 3)    You won’t see much wildlife on the Lava trek.
Contrary to popular belief, there are no polar bears in Iceland! There are some reindeer in the east of Iceland, but they were imported in the 19th century. The only animal that is indigenous to Iceland is the Arctic Fox.

4)    Iceland’s flag represents its three main elements
The red represents its active volcanic landscape, the white represents the glaciers and snow and the blue represents its vast ocean and coastline. You’ll spot Icelandic flags at most campsites (or why not take your own for some photo opportunities). 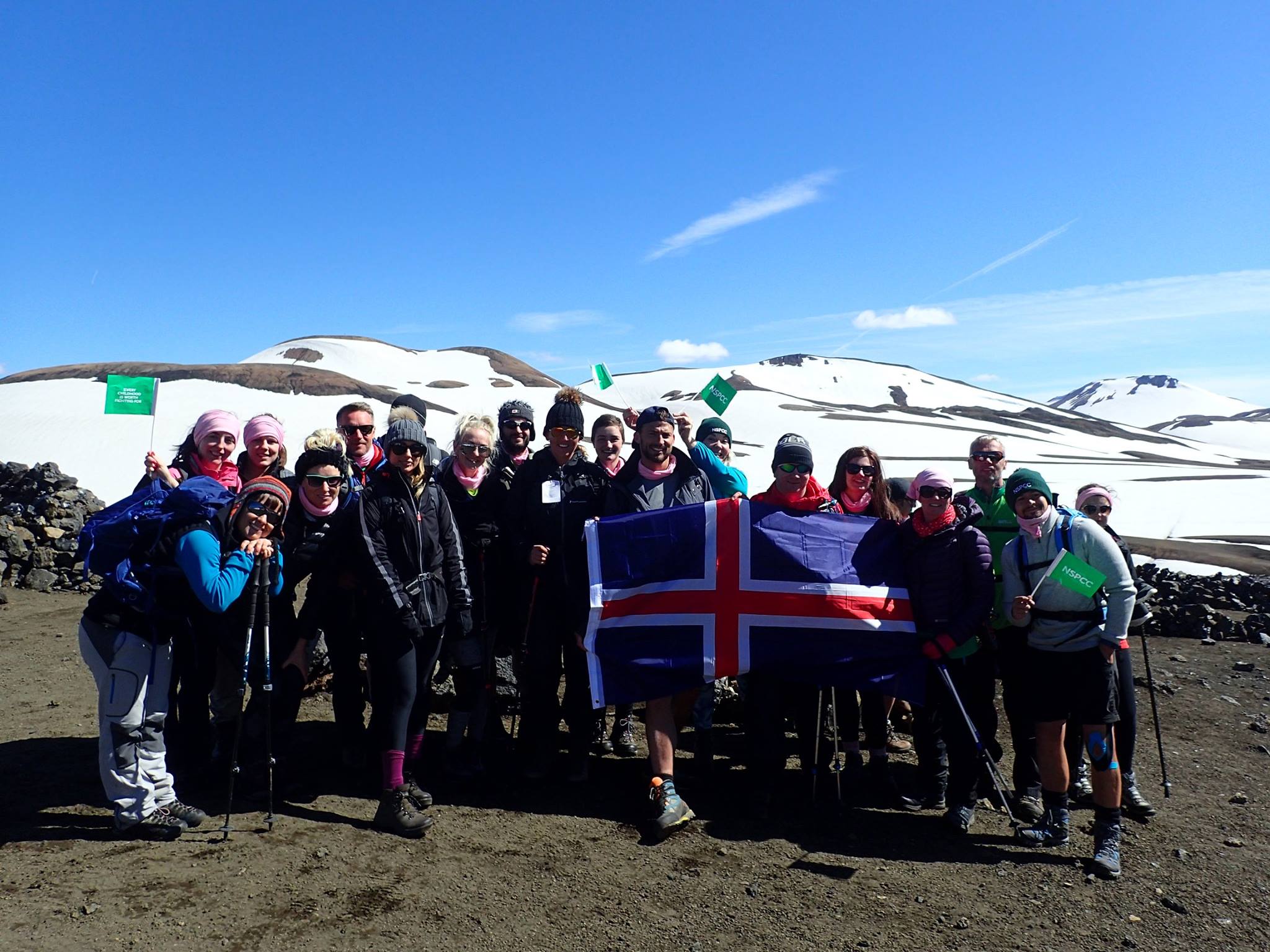 6)    Iceland is a country of Fire and Ice.
It’s truly fascinating to see the contrasting forces of fire and ice coexisting side by side. One minute you’re trekking alongside a geothermal hot spring, and the next minute you’re walking over snow (and lots of it)! Over 10% of the country is covered with glaciers and almost a third of the island is volcanic lava fields. And for the Game of Thrones fans amongst you, you will understand why they choose to film much of the show in Iceland’s beautiful wilderness. The snow-capped horizons feel eternal at times, and the lava ash makes you feel like you’re walking in a different world. 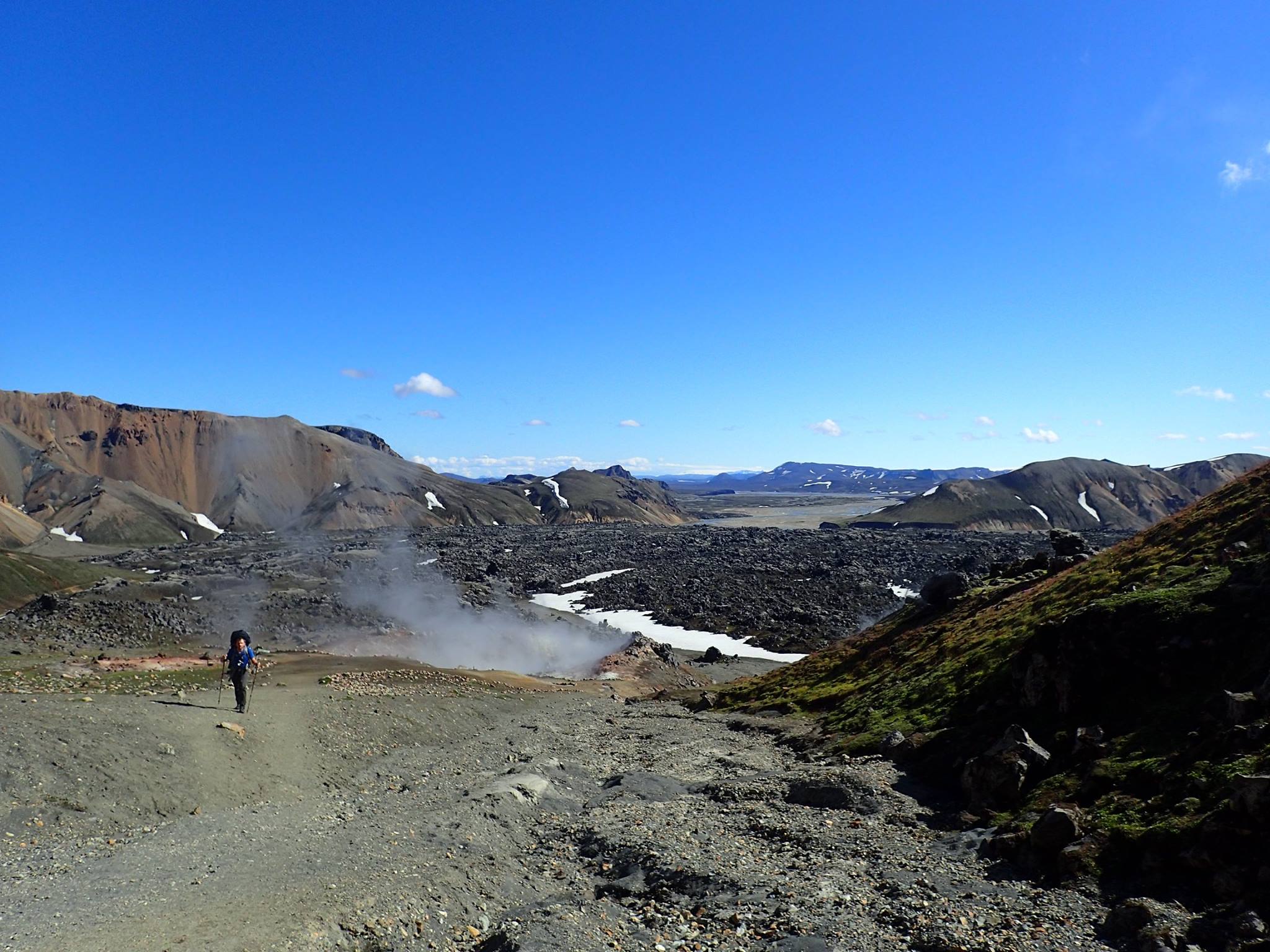 Day 1: the geothermal steam is only metres away

7)    You’ll start to realise that you’ve got more determination and strength of mind than you thought possible.
Sometimes the trek will challenge you and test your limits. The weather could be ferocious (or as the Icelanders call it, ‘changeable’!), the steep inclines up rocky climbs could take their toll on your legs, the river crossings may challenge you and you might be completely outside of your comfort zone as you move from one campsite to the next. But you dig deep, you find the strength, and you do it! And the sense of triumph and achievement that you’ll feel at the end is truly indescribable. 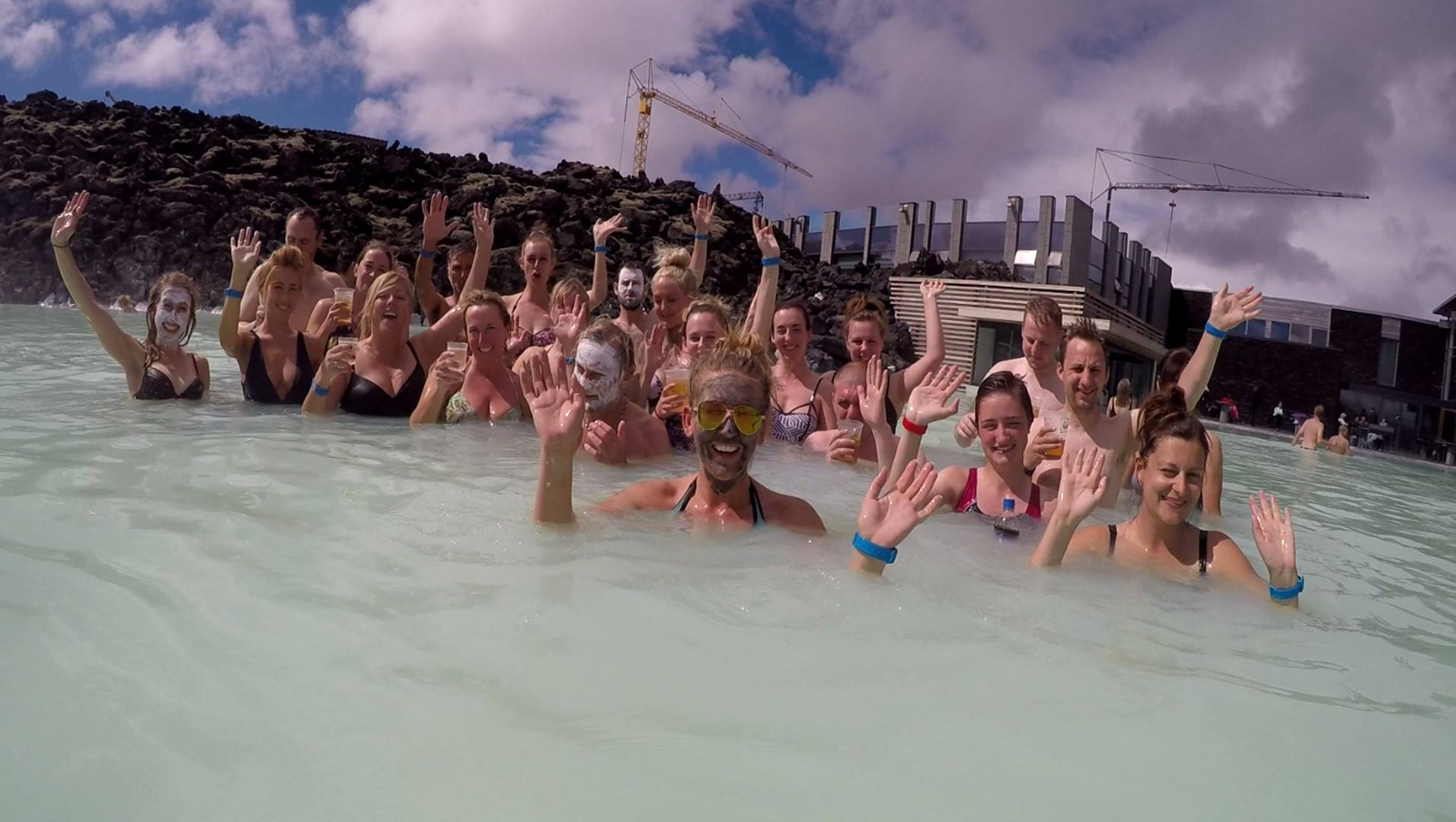 Celebrations at the Blue Lagoon

My time on the Iceland Lava Trek was truly unforgettable, and I’m so proud to have accomplished such a spectacular trek with such amazing people. I’ve made friends for life, and learned so much about Iceland, its stunning landscapes and fantastic people. 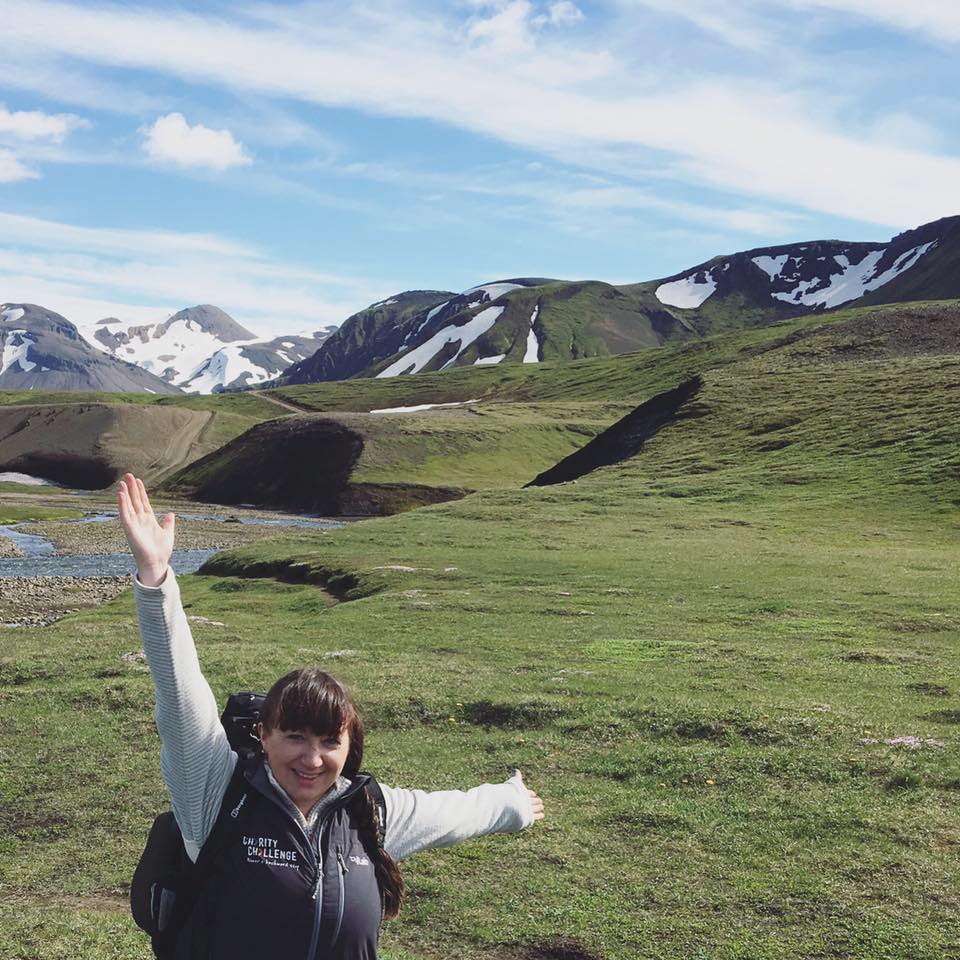 Take me back to the mountains!

Welcome to the Jungles!